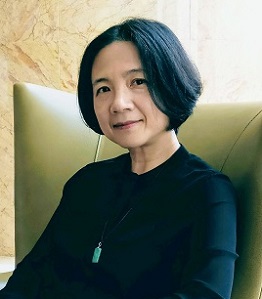 ACADEMIC AND RESEARCH BIO
Professor Nicole Huang received her PhD in East Asian Languages and Cultures from the University of California, Los Angeles, and taught at the University of Wisconsin, Madison for 17 years before joining the University of Hong Kong recently. Her early work focused on literary and visual manifestations of human agencies through extraordinary times, including a monograph titled Women, War, Domesticity: Shanghai Literature and Popular Culture of the 1940s (Leiden, 2005) and an edited volume titled Written on Water: A Collection of Essays by Eileen Chang (New York, 2005). Her recent work engages visual and auditory culture of contemporary China, with a forthcoming book called Late Mao Soundscapes: Auditory Culture and Daily Practice of 1970s China. Her current research projects include a book-length study of the social use of photographic portraiture in Mao-era China and a monograph that highlights the “transnational” as it informs a body of Chinese language narratives across a century of violence, upheavals, and massive exodus. At the University of Hong Kong, Professor Huang will be teaching a range of courses in literature, film, media culture, and critical theory.