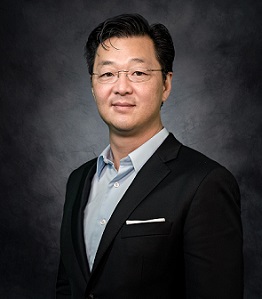 ACADEMIC RESEARCH AND BIO
Aaron Han Joon Magnan-Park is Assistant Professor in the Department of Comparative Literature at the University of Hong Kong. He received his Ph.D. in Film Studies from the University of Iowa. He specializes in poly-Asian cinema with a focus on Hong Kong action and contemporary South Korean cinema. He engages with film aesthetics, culture, theory, history, and sound from an Asian-centric perspective. Previous academic appointments include the University of Iowa, Université Paris-Sorbonne (Paris IV), the American University of Paris, Illinois State University, Illinois Wesleyan University, Victoria University of Wellington, and the University of Notre Dame. He is a member of the editorial board for Journal of Chinese Film Studies and the Film & Culture Series for Anthem Press. He also serves as a Mentor for Film Matters. He has published in peer-reviewed journals including Asian Cinema, Journal of Chinese Cinemas, Journal of Japanese and Korean Cinema, Journal of Korean Studies, Post Script, and Quarterly Review of Film and Video. He contributed chapters in the following anthologies: Palgrave Handbook of Asian Cinema; Towards Sustainable Economics and Security Relations in East Asia: U.S. and ROK Policy Options; Korean Wave; Chinese Connections: Critical Perspectives on Film, Identity, and Diaspora; Hong Kong Film, Hollywood and New Global Cinema: No Film is an Island; New Korean Cinema; and The Politics of Community. He is co-editor of the Palgrave Handbook of Asian Cinema.